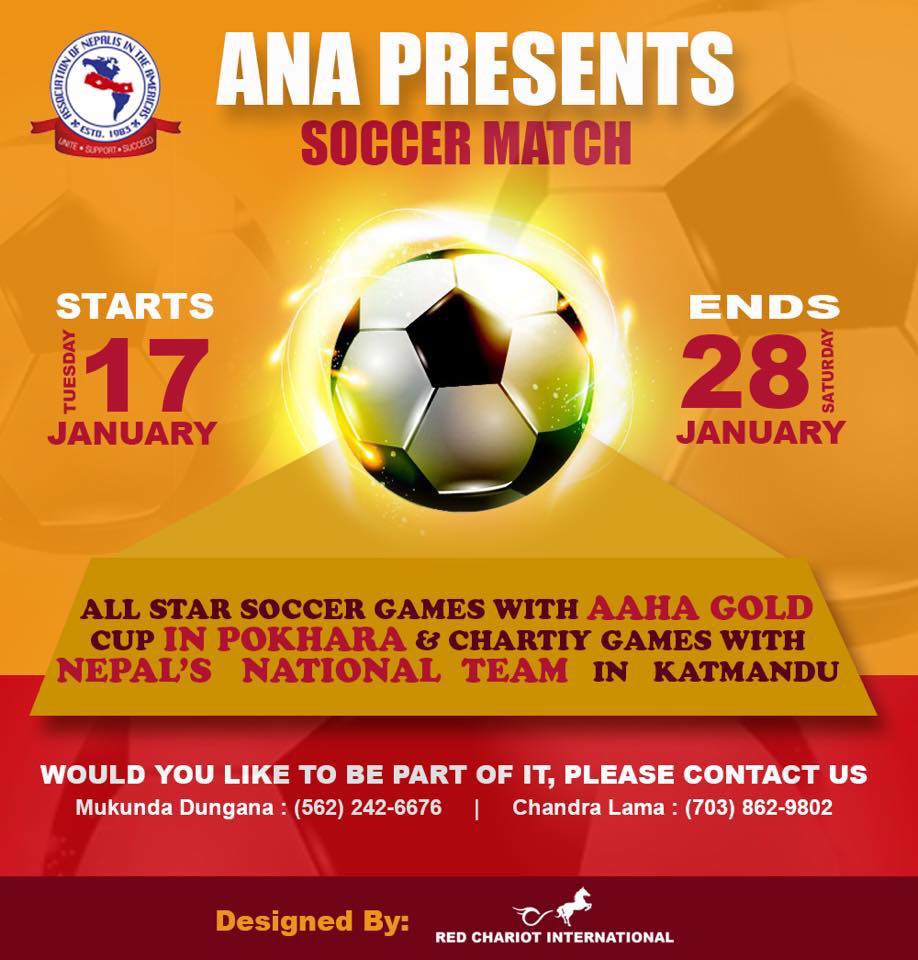 ANA USA Soccer Team going to Nepal to play in Aaha Gold Cup tournament in Pokhara.
Aaha! Gold Cup (Nepali: आहा गोल्ड कप āhā gōlḍ kap) is an annual international football (soccer) tournament held in Pokhara, Nepal, and organized by the Sahara Club. It was formerly known as the Caravan Gold Cup, however due to sponsorship reasons it is currently known as the Aaha! Rara Gold Cup. It is considered a major football tournament in Nepal, and is therefore endorsed by ANFA Kaski, a district FA of the All Nepal Football Association.

ANA is organizing an all USA soccer team to go and play in this match. For this ANA is organizing a players selection match in Washington D.C. area on December 17, 2016. H. E. Ambassador Dr. Arjun Karki will be the chief guest and inaugurating the function.

Please come and join us for this first time and historical event in DMV area !!
ANA would like to call the participants from all states for soccer tryouts Washington DC 2016.
Please follow the information below about tryouts for AHA GOLD CUP Nepal, January 17th, 2017.

$25/each player
Provided by organizers.
Note: Please bring black shorts.
Note: please be advised that participant must be 18 years or above.

We are delighted to welcome all of these participants below for tryout in Washington DC. Good luck to each of you !!!!!